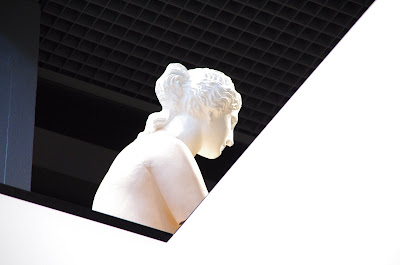 I'm most excited to be wishing you all a happy and healthy 2011 from a new blogging space.

A little over a month ago, after letting my "expat" blog La France Profonde lie wordless and photoless for over two months, I realized I missed blogging.

Many of my close blogging buddies have been led down the Facebook/Twitter path, and I have followed. But as I started making an occasional post to La France Profonde in November and December, comments floated in.

And isn't it a lot more satisfying to get a comment on your blog than a Facebook notification, or a Twitter DM, RT, reply, or mention? It certainly is for me.

But I need a clean slate.

Since starting La France Profonde five years ago, I have begun to feel more and more disconnected from the image of myself as "An American in Aveyron," blogging primarily about a little-known, bucolic patch of France:

I am now French AND American.

I don't see much of Aveyron's lovely countryside since I spend all week in a modern school building in Bourran, Rodez's new, modern business area.

I go to Paris more often than I go to Millau.

And I have so many other subjects to write about: travel, music, teaching, books, social media, food...and why not the occasional "this is what's going on in my life" post that blogs were meant to be for?

I could, of course, do all of the above from La France Profonde, but I somehow don't want to denature its original purpose.

That's also why I'm not going to bid it adieu. Someday, if time and inclination allow, I may go back to blogging about Aveyron.

But for now, this is where I belong.
Posted by Betty Carlson at 10:52 AM