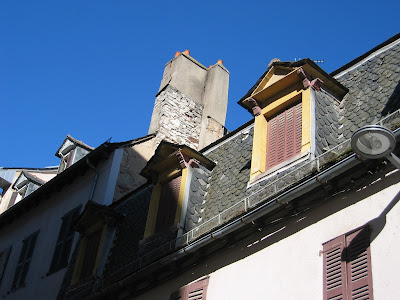 rue Aristide Briand, Rodez, January 28 2011
I've been carrying my camera around lately again, and it's been a good time to do so.

I have seen the deepest blue skies, and the most striking contrasts between shadow and light.

Sometimes passers-by look at me a bit strangely when I photograph scenes like this:

They probably can't really place me; I'm not decked out like a tourist -- there aren't many in Rodez in late January, at any rate. But I certainly don't quite look like a Ruthénoise either.

And why would I want to photograph a building like this?

They may not know, but I'm sure you do. 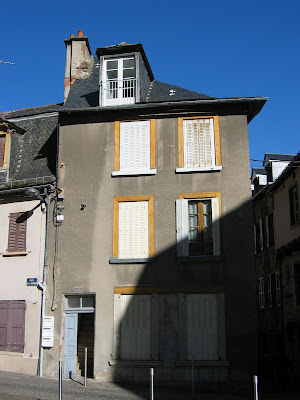 Email ThisBlogThis!Share to TwitterShare to FacebookShare to Pinterest
Labels: Rodez