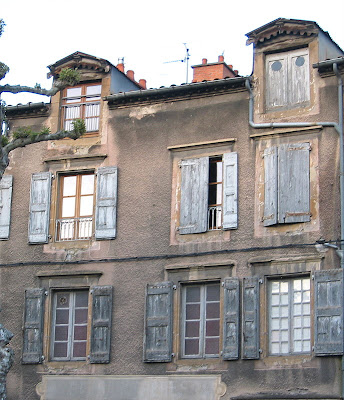 I took this photo nearly four years ago in Millau.

It was a quick shot on the way to a choral concert that one of my daughters was participating in, and when I took it, I certainly wasn't analyzing the great variety in the windows of this one building.

I remember being disappointed by the light -- I had hoped to get some sunny shots, but the city was dominated by particular pale grey-white tones that we often get in Southwest France.

Email ThisBlogThis!Share to TwitterShare to FacebookShare to Pinterest
Labels: windows